Initially designated to honor the deceased who served in our military, Memorial Day for some is also connected to the memory of civilians. 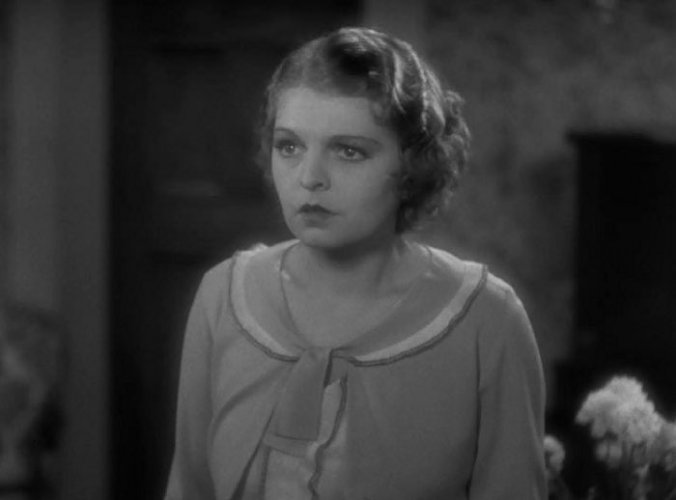 Memorializing is one way to honor others who are no longer with us. After her death at the age of 47 in 1951, actress Mayo Methot’s former husband, Humphrey Bogart, reportedly sent flowers to her crypt until he died in 1957. 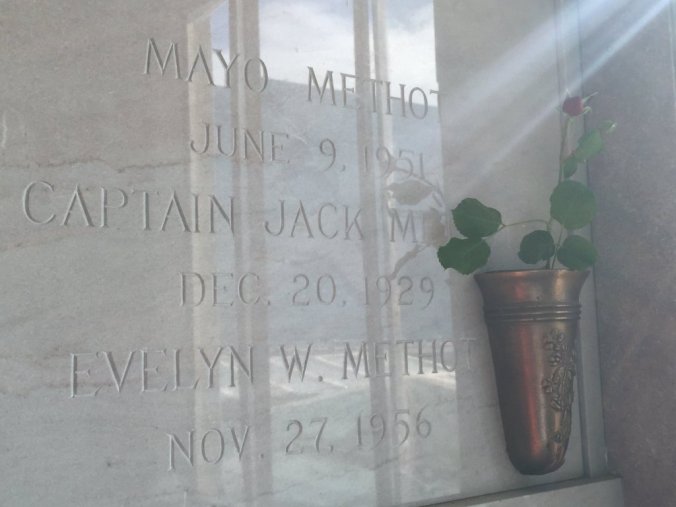 Due to this year’s Coronavirus concerns, few are expected to visit the Portland, Oregon mausoleum where Mayo is interred. Yet the memory of Mayo Methot lives on for many who appreciate her noteworthy legacy, since this small town girl ‘made it’ by achieving the most unlikely trifecta of all.

That’s because Mayo (1). Starred on Broadway, (2). Performed for years before the klieg lights of  Hollywood and (3). Married arguably the biggest screen icon of all time, Humphrey Bogart, named the greatest male star by the American Film Institute.

Curious To Know More?
This year instead of placing flowers for Mayo, consider catching up on the life of this one-of-a-kind personality who achieved so much in her short life. Check out the debut biography about Mayo Methot here. 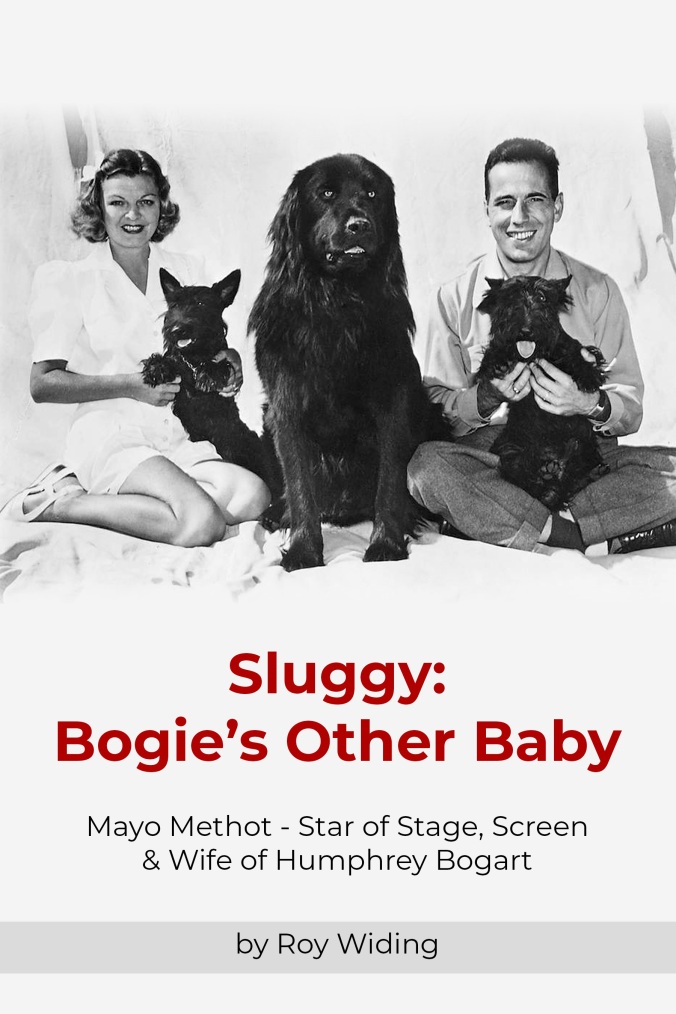 ‘Sluggy’ is the biography of Mayo Methot, third wife of film star Humphrey Bogart during the peak of his career. Anyone curious about their seven year roller-coaster Hollywood marriage will find ‘Sluggy’ a revealing view into the mercurial relationship that even movie ‘tough guy’ Humphrey Bogart couldn’t control. His later wife was called ‘Bogie’s Baby.’ Yet years before her, was ‘Bogie’s Other Baby,’ Mayo Methot. Buy ‘Sluggy: Bogie’s Other Baby.’ Available at Amazon: https://amzn.to/2ls7dhb

Mayo Methot was Humphrey Bogart’s third wife. Born in 1904, she was twenty years older than Lauren Bacall, Bogart’s fourth wife.  Before Bacall’s 1924 birth, Mayo Methot was already performing on the Broadway stage, as noted in this newspaper article. 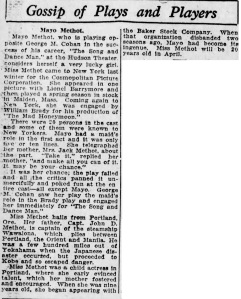 Given their age difference, fourth wife Lauren Bacall was sometimes called ‘Bogie’s Baby.’ But long before Bacall was Mayo Methot, ‘Bogie’s Other Baby.’ The first ever biography about Mayo Methot is scheduled for release on October 17th, 2019, with e-book pre-orders now available. 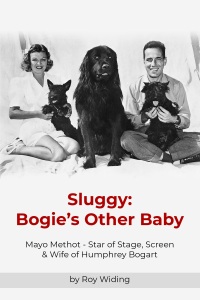 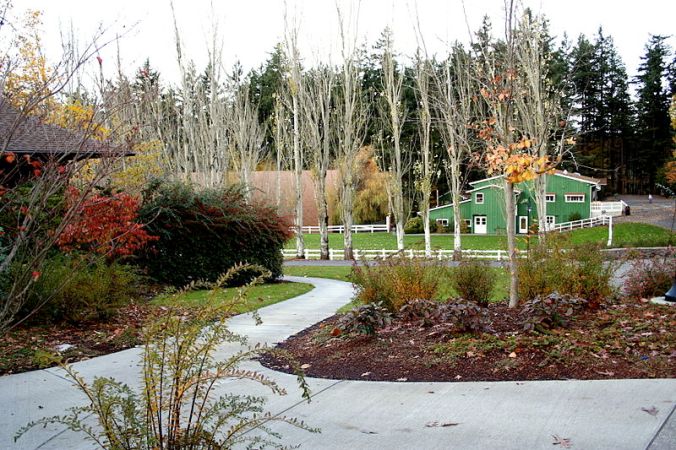 ‘Six degrees of separation’ involves the concept that we’re all six or fewer personal connections from each other. This means if you follow the ‘friend of a friend’ link far enough, any two people can be linked within a maximum of six steps. While the theory has been popularized more recently, an early proponent of ‘six degrees of separation’ was Hungarian writer Frigyes Karinthy in 1929. 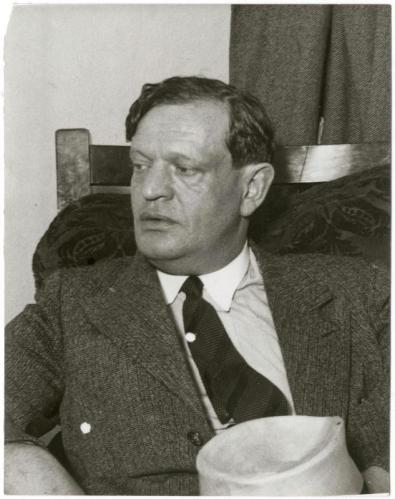 Mayo Methot’s educational background is shared by well known luminaries. Like Mayo, some have been been involved in acting and/or film. Here are a few of Mayo’s fellow celebrities from Oregon’s Catlin Gabel School, previously known as ‘Miss Catlin’s School.’ 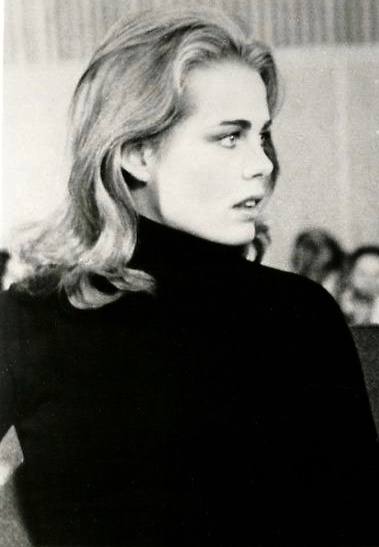 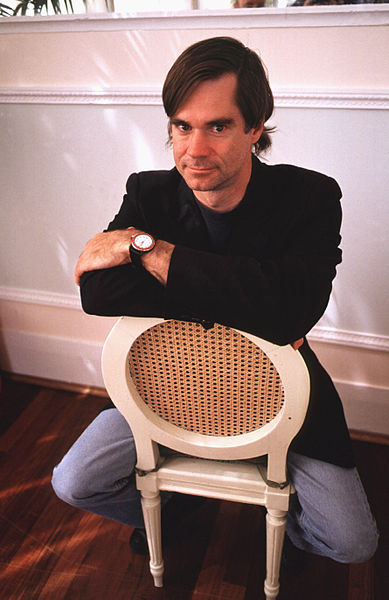 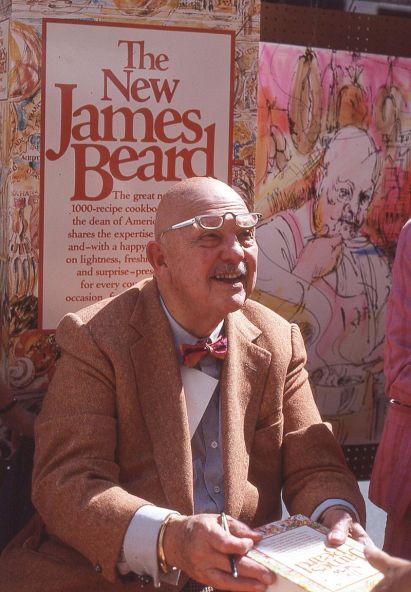 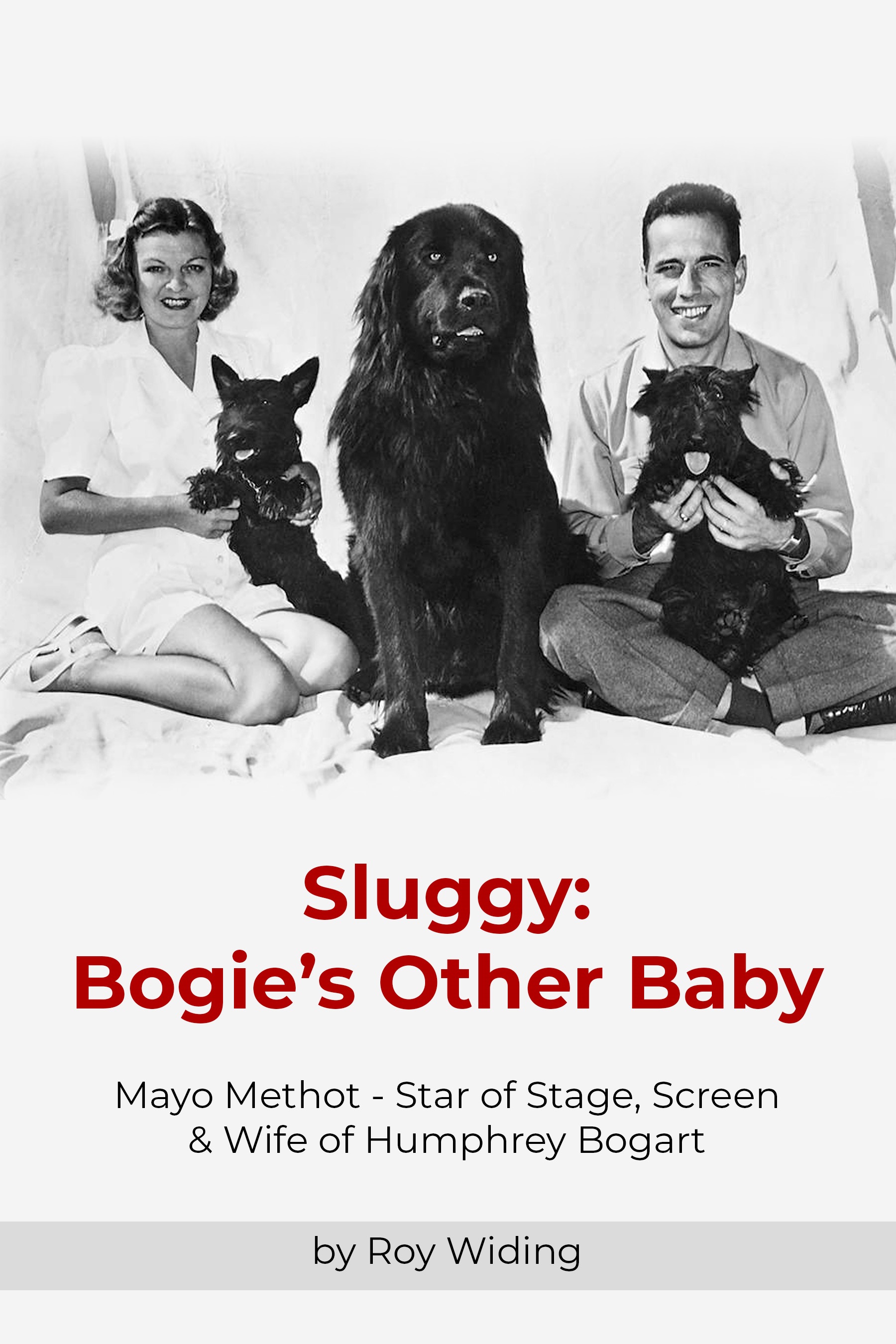 ALSO BY THIS AUTHOR 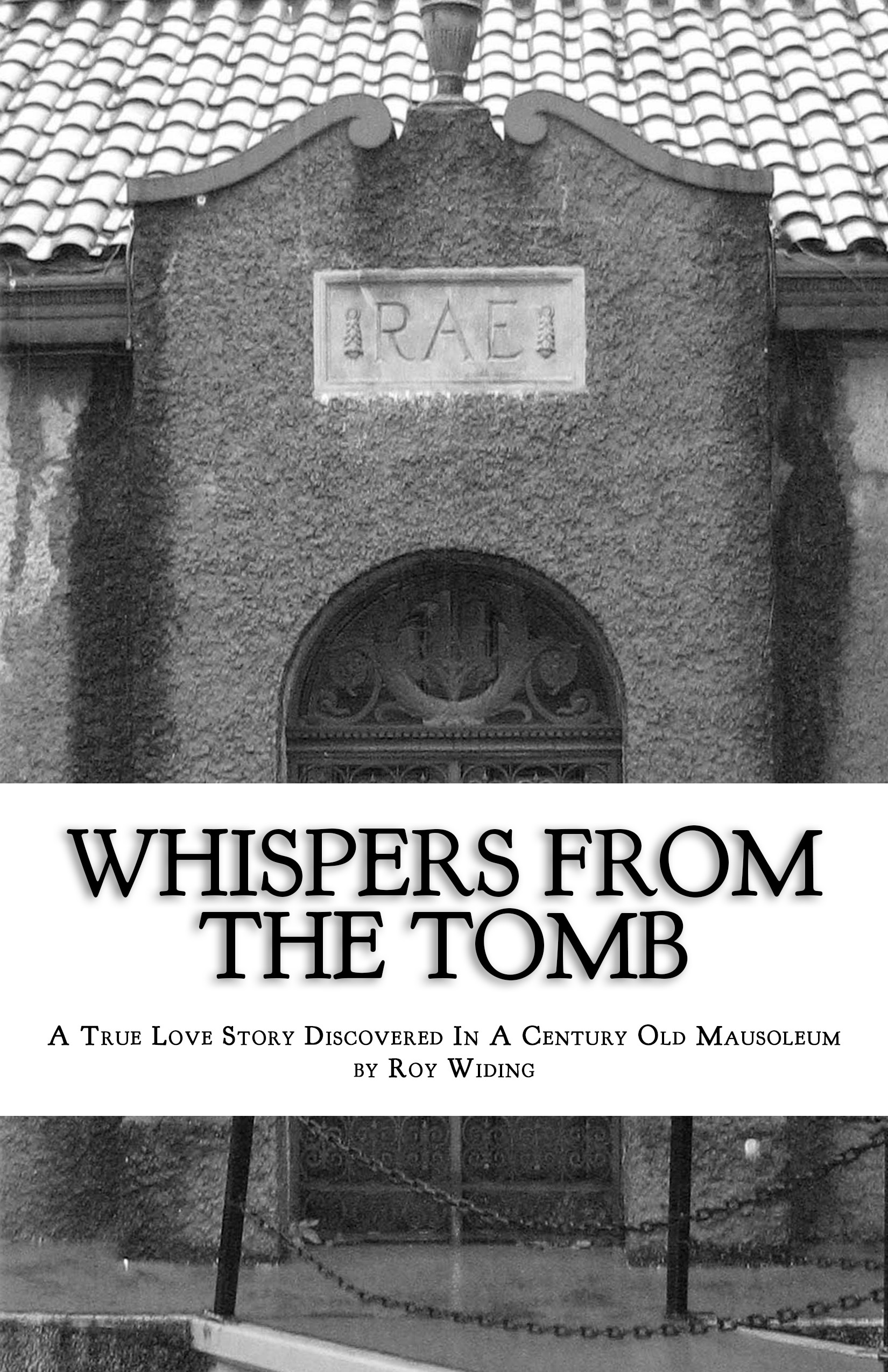 Also By This Author 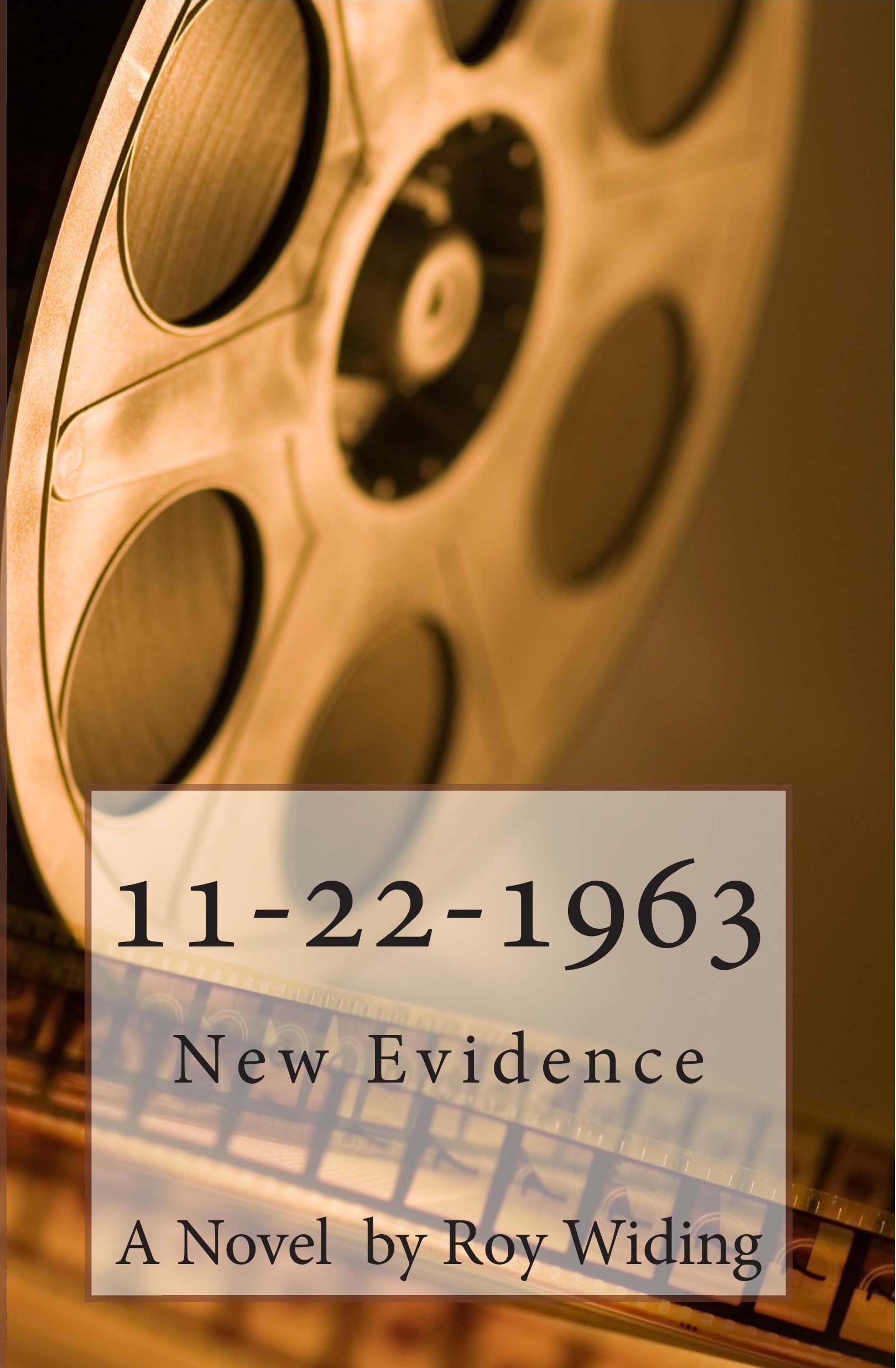 President Kennedy's Murder Can Be Solved

Memorial Day Music by This Author 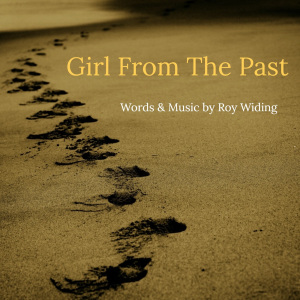 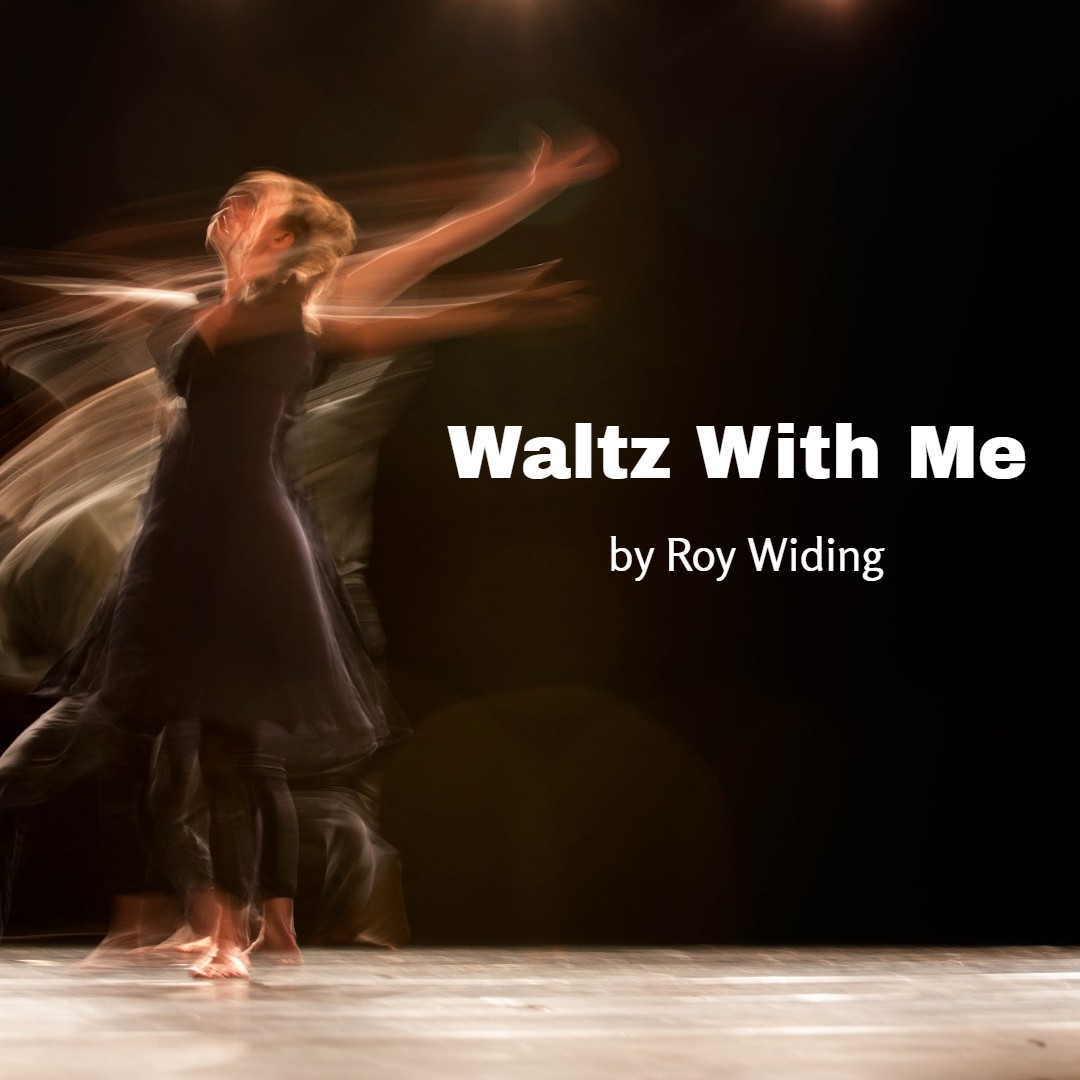 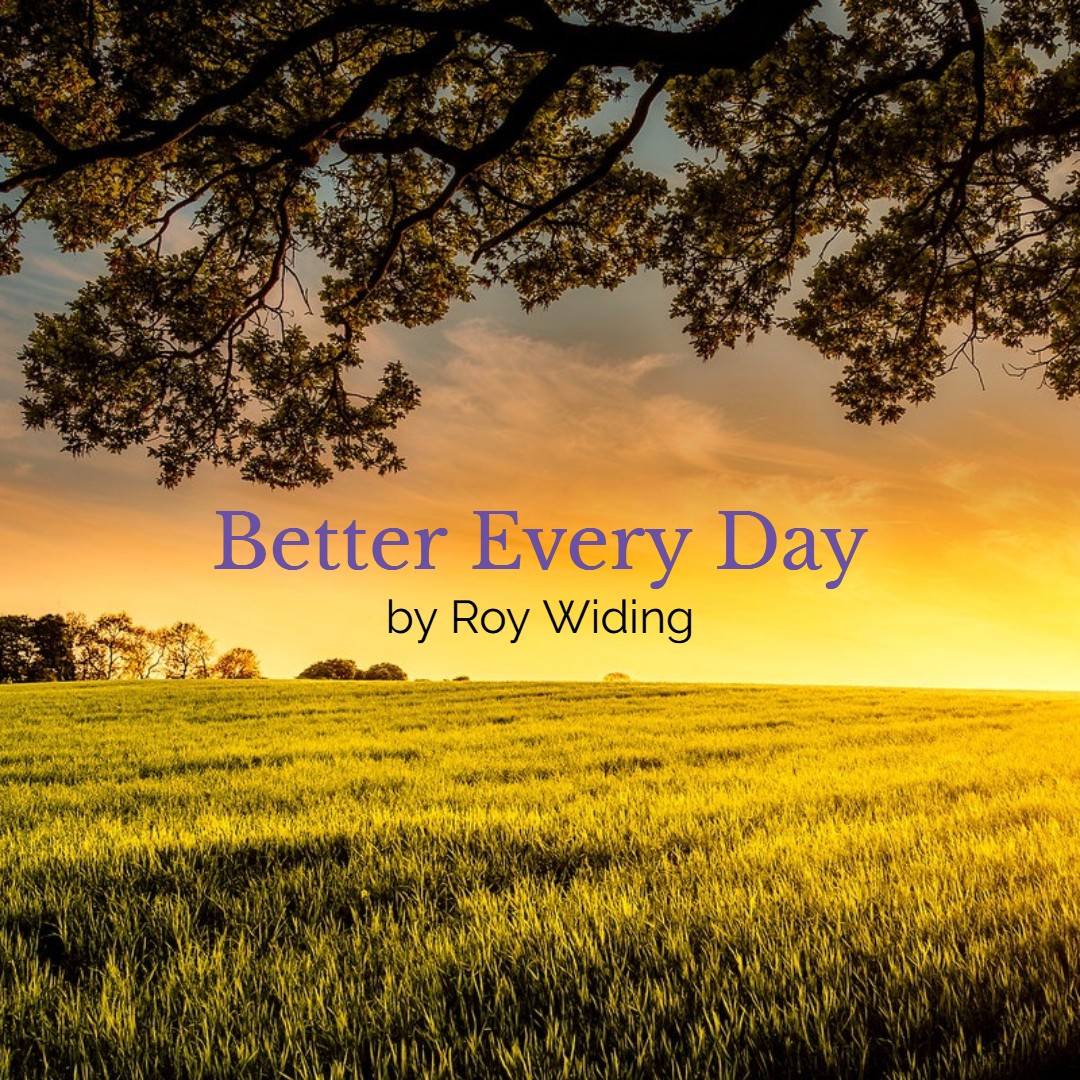 They’re All Alive in Old Movies